Our Christmas Movie (By Kaylyn & Oliver)

Mr. Staunton and the children in 5th class had an idea to make a St. Joseph’s version of a John Lewis ad. Five students from 4th, 5th & 6th class were randomly selected to be actors. Nayan from sixth class came up the idea of a homeless child that was lonely on Christmas and four children invited him in to spend Christmas with them.

The recording started a week before the Christmas carols and we used many props found around the school. While getting ready to film, we came up with little details to add in to the movie.

We used the school camera to film all the scenes and Mr. Staunton edited them when we were finished. We played the movie at the Christmas carols and many people said they were moved by the movie. All of the kids enjoyed watching the movie.

The five students were very happy about the way it turned out. Oliver, Kaylyn, James, Violetta and Kai enjoyed the time they spent making the movie. The video is now on the school website below where it can be viewed.

Submit your questions for Nathaniel Parker!

The longtime narrator of the Fowl Series is joining me later for a chat being recorded for a very special upcoming digital event. If you have any questions for him, let me know in your tweets below. Thanks! #FowlTwins #ArtemisFowl 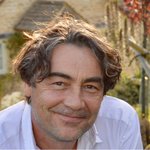 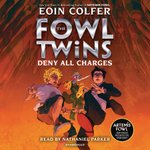 Two imaginary friends, one real event. Have you registered yet?

Join us and @trishforde for lots of fun, insights and laughs. 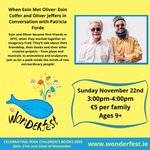 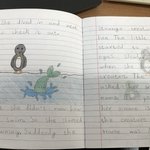 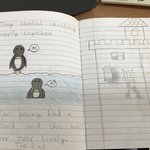 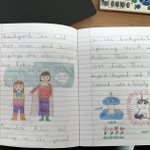 Web Solution by OurSchool.ie, part of the Qwerty Network